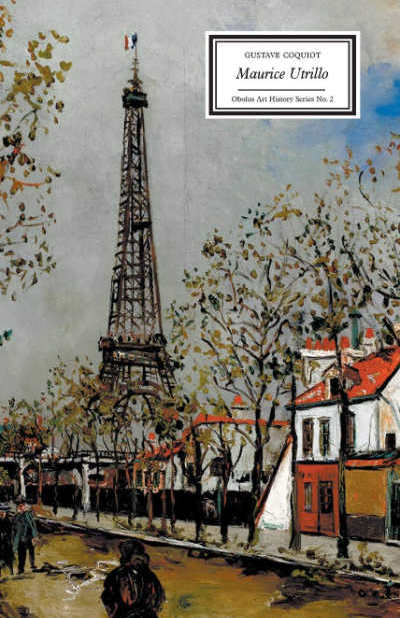 Maurice Utrillo’s chalky white buildings and Parisian cityscapes are instantly recognizable today, but the artist was still relatively unknown when this text was first published in 1925. After nearly a century, this important primary source has finally been translated into English.

In this monograph, the earliest written about the painter, the reader accompanies Gustave Coquiot and Utrillo as they wander the streets of Montmartre and drink in their favourite cafés. The author discusses Utrillo’s childhood, influences, and technique, as well as his dealers, counterfeiters, and his problems with alcohol. He ends with a visit to Utrillo’s studio.

Gustave Coquiot (1865-1926) was an able belletrist with a talent for writing vignettes of Parisian and provincial life, but it is as an art collector and historian that he will be remembered.

He was one of the first critics to recognize Utrillo’s talents, and he wrote several meticulous accounts of other artists who worked during the later years of the Belle Époque, including monographs on Auguste Rodin (1917), Paul Cézanne (1919), Henri de Toulouse-Lautrec (1921), Vincent Van Gogh (1923), Georges Seurat (1924), Pierre-Auguste Renoir (1925), and Edgar Degas (1924).